I find myself between projects.

Book 3 of the Applecross Saga, ‘Guy Pender‘ is on sale on various platforms, the paperback version is ready to go to the printer and I haven’t quite got my ducks in a row  to start No.4. All I know at this stage is that the 4th book will be called ‘The Cedar Trees’ and it starts in the great snow storm of July 1867, keys into the end of Book 3 and follows the fortunes of the ‘boys of Applecross’ as they grow into manhood. I’ve dabbled with a bit of research so far, and I am still recovering from the gruesome discovery that, until the freezing process was invented, sheep were useless once they had been shorn for their wool. (No, I’m not going to tell you what happened to them – you will need to read Book 4).

To be honest, I have been quite idle for the last few days. A combination of post-publishing let down and the miserable, gloomy weather that has descended upon New Zealand for the last week. Unusual for us. Our wintery gloom only lasts a day or two before the next glorious crisp, sunny day comes along. Only last week, we sat outside for coffee, soaking up the warmth of the sun. Gloom has even reached the news here, which, if truth be told, makes a pleasant change from media-frenzied virus claptrap.

Oh, and then there’s the lack of Wimbledon. Since we emigrated in 2008, I have given myself up to ‘upside down’ living at this time of year. Tennis starts at midnight here, and the good matches will often continue into breakfast TV time. I take to my armchair, wrap myself in a blanket, turn the volume down on the tv, log in to the live stream on my laptop and wallow in Wimbledon-ness for a blessed fortnight. I am missing it a lot this year.

Today, however, we woke to the sun shining. Blue sky behind crystal clear, snow covered mountains. Still chilly. It is, after all, mid winter here. But it cheers the soul with its breathtaking beauty. Even now, at the tail end of the afternoon, and the prospect of snow tomorrow, there’s just enough sun to cast a watery shadow.

Maybe it is because we are past that halfway winter solstice and heading towards the longer days, maybe that’s why I have been spurred into action today. I spring cleaned the laundry, a room connected to the garage, meaning that mice can make it their winter haven and there’s not much you can do about it. I found one poor wee soul, squished behind a cupboard, frozen in time like Scrat, the sabre-toothed squirrel in Ice Age.

And I cleaned out the fridge. Don’t laugh – how did I still have a container of yoghurt dated February? It’s an author thing. When I’m writing I can so easily ignore such things.

The big question is, will I clean the whole house before the urge to write kicks in again? I doubt it very much. The fire is lit, the forecast is for a freezing southerly to blow through. Now, where’s my laptop…….!

The Applecross Saga so far…… 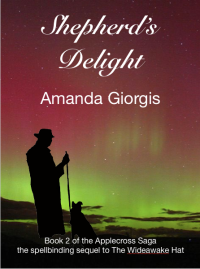 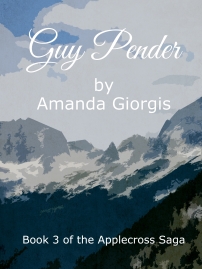